Is Wal-Mart in Harrison, Arkansas Closing down (Because the Pipes are bad) 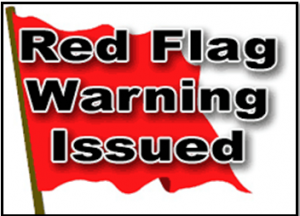 A person who I know very well came up to me today.  He wanted to tell me about a conversation he had with his daughter,she lives in Rogers, Arkansas.  She told him that a person who worked at Wal-Mart in Rogers, Arkansas told her that the Walt-Mart in Harrison, Arkansas would be closing at the end of the year. (Because the Pipes are bad) – I find that interesting.   This persons name and position was not said.   She also mentioned that a new one would be built, but where that was the person telling here did not know

She knows nothing about the Walt-Mart's that closed a few years ago when they said the plumbing was bad.  I believe these Walt-Mart's were in the south by Kansas Missouri and some other states like that. Her father knew about the stories that were reported a few years ago, he found a very interesting but said no not here.  Being Walt-Mart in Harrison Arkansas is actually being remodeled at this time of the posting.  last summer in Harrison Arkansas the pipes were bad, and piles of dirt were inside to get at the pipes.
News Story -->>  5 Walmarts close for 'plumbing issues' all over the U.S., suddenly lay off 2,000 employees
By Walter Einenkel

Wednesday Apr 15, 2015 · 3:46 PM CST
" Employees of a Walmart in Brandon that abruptly closed Monday were among more than 2,000 employees nationwide who learned almost simultaneously they were being laid off. In a nearly identical manner at every store, Walmart corporate officials visited the five locations, called an impromptu meeting in the back of the store and told employees that the stores would be closing that evening."
I report this as a red flag warning only because the lady that reported this which  I do not know.  She knows nothing of the news stories reported about the Walt-Mart's closing a few years ago because of bad pipes.   I do  know her dad very well.  He passes this info along, that it was very interesting that she told him this being she knows of none of the news stories from a few years ago.  The Walt-Mart employee was not named or position they held.  But Rogers it is next to Bentonville, Arkansas headquarters of Walt-Mart.
1 A few questions I ask is one why was this Walt-Mart employee telling her this?
2 What is being told to employees in Rogers Arkansas?
3 What is so important to be talked about Harrison Arkansas Walt-Mart number two?  Which was the number two store built.
4 Is this just being made up?
5 Why Remodel just to close it down
Her Father did mention the employees of the other Walt-Mart's were never told that they were closing down, they showed up for work to find it closed.    Also He said Walt-Mart was shutting down 200 stores, I remember that story.  Is Harrison Arkansas truly one of the stores they will shut down?
News Story -->>  Walmart to Shut Down 269 Stores Globally Including 154 in the US
I ask is it coincidence is there anything behind this?  I write this that if anything does happen out in Harrison Arkansas Wal-Mart.  This is posted with the date what was said and what may happen.  again nothing may happen, but I find it very interesting.
March 16 near Harrison, AR ·